I am very proud to announce the release of a new horror-romance novel written by a very dear friend of mine, who goes by the pen name of Erin Kelly, not to be confused with the romance writer of the same name. She is one of my friends that I have met through Karaoke, another one of my interests, which I also share with my wife. I’ve known her about 3 1/2 years, and I’ve attended a few author meetings with her as well. She had one giveaway contest today, and will be giving out more signed copies this week, and promoting its release, which was today 10/25/16.

Her story is set in our hometown of Syracuse, where a virus has caused most of the population to turn into werewolves and vampires. The main character, named Diago, must combat his virus, and try to protect the woman he loves. I haven’t read it yet, but I can’t wait to “sink my teeth into it!” I’m sure I’ll love it, and I bet you will too!

To go to her Facebook page, go to https://www.facebook.com/taintedmoonlight/?fref=ts

Please join me this week for a reblog of an old post on space exploration. Join this interesting series in which I discuss the history of space programs.

The next question is based on the original Star Trek series, so if you’re a Trekkie, it will be right up your alley. In the series:

If you missed a week’s questions, that’s all right. Remember, it’s for the most answers right, not every one. Good luck, everyone!

Please join me this week for a reblog of one of my previous topics: MARTIAN HISTORY.

We have a correct answer on the last question, so it’s time to move on. The next question is from sci-fi cinema, and has to do with the Alien series. In the original alien movie:

A. What year was it released?

B. Name at least three of the actors who were in it.

C. What Academy Award did it receive?

In the second movie, Aliens:

D. Who was the director?

E. What was the android’s name?

F. What was the name of the exomoon that was colonized?

G. What name is given to baby aliens after they hatch?

H. Who composed the music? 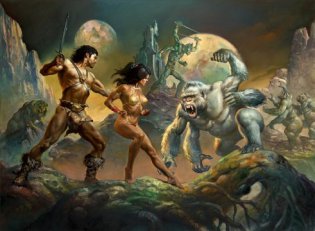 QUESTION OT THE WEEK NO. 3-

This week’s question can be found on my blog if you know the right place to look. This is the third round of my x-mas blog contest for a chance to win my entire book collection. So far, we have a forerunner who answered both questions correctly.

A.) What year was Jules Verne born?

C.) What were his siblings’ names?

F.) What award has he won four times?

G.) What is one of the science fiction novels is he most famous for?

I will post the answers next Monday. Good luck everyone! 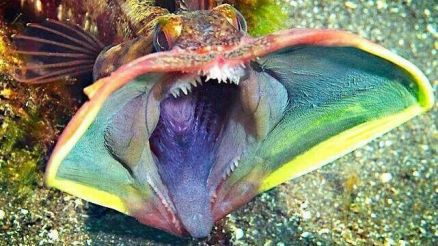 Please join me Tuesday on my blog, when we’ll look at our last installment of my Freaks of Nature series, and look at some animals that seem like they are truly out of this world, but are actually real life creatures. 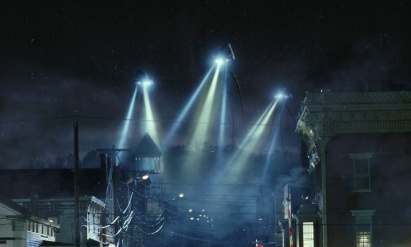 There was a question about Part F of the last question, so I’ve extended it an extra week. You’ll notice that I’ve rephrased it to clarify the answer.  Remember- you don’t have to be a follower of my blog, but you do have to answer it on the blog comment section of the post, and not the facebook comment.

In HG Wells War of The Worlds, what was:

A. The year it was first put into print?

B. The name of the UK magazine and the US magazine it first appeared in?

C. What writing prose was it written in?

D. HG Wells wrote a previous novel before writing The War of The Worlds. What was it?

F. The story in the novel opens in an astronomical observatory, where explosions are seen on Mars. What was the name of that observatory?

G. Who played the part of Rachel Ferrier in the Steven Speilsberg  version of the movie?

PLEASE GO TO THE X-MAS CONTEST QUESTION OF THE WEEK PAGE ON MY BLOG TO ANSWER THE QUESTION! REMEMBER, ONLY THOSE WHO ANSWER ON THE COMMENT SECTION OF THE BLOG PAGE WILL BE CONSIDERED. GOOD LUCK! 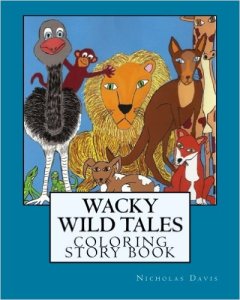 JOIN THE COLORING FUN WITH THIS NEW ANIMAL STORYBOOK ABOUT LIFE’S LESSONS! ONLY $5.99!

*NOT AVAILABLE IN KINDLE