Please join me on my blog, as we discuss the world’s oceans, how they were formed, and what they material they consist of. Water is the giver of life, and the ocean is the greatest supplier.

As promised, in  honor of my new fantasy novel, Bargo Lynden: Adventure of A Lifetime, I’m bringing you the second half of my genre series, which relates to the field of fantasy. Fantasy is a fictional genre which is usually set in a fictitious universe, often, but not always without locations, events, or people found in the real world. Most forms of fantasy use some form of magic or supernatural powers as a main element in their plot, theme, or setting.

As there are several sub-genres, many more than science fiction, we’ll only touch base on those that are most common. If you are unfamiliar with any of the genres below, you can go to Wikipedia to look up their definitions, or to the link at the bottom of the page.

Most people are familiar with J.R.R. Tolkien, Frank Baum, C.S. Lewis, and others who paved the way for modern day fantasy. What a lot of people don’t know is that most of these classics took their background information from real places, traditions, and beliefs. The Lord of The Rings is such a series, drawing its creatures from English, Celtic, and Norse legends. Tolkien spent many years of research studying ancient legends and myths, and his son continued his work, also devoting hours of research to the subject.

This is one of the most common, and basis for many fantasy novels. Old style weaponry, such as iron swords, and chain metal, maces, and spears are used to tell the story. Magic or supernatural forces are either used to protect the hero, or work against the hero. It is set in a totally imaginary world where our physical laws do not apply.

These stories take place in the real world, but include a factor of magic or supernatural forces brought to the surface. An example of this is the Harry Potter series.

This is a genre where a portal helps the character(s) travel to an imaginary world through a gateway or portal from the real world. One classic example is The Chronicles of Narnia, by C.S. Lewis, where children travel through a closet door into the mythical world of Narnia. 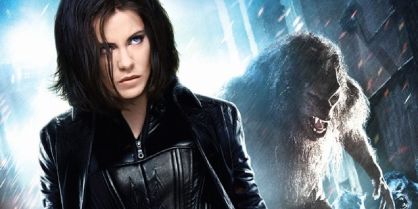 These stories are set within a city itself, and are often based on the everyday world. They deal with modern weapons, supernatural natural entities, and romance. One cinematic example of the genre would be the Underworld Series. This genre is interchangeable with contemporary fantasy and supernatural fantasy.

Often aimed towards young adults, and also have young adults as main characters. An example would be Vampire Academy by Richelle Mead, and Harry Potter and The Philosopher’s Stone.

These tales are  aimed at children, and usually have child protagonists. The typical elements of these stories can include orphans, unhappy children, cruel or absent parents, princes, princesses, monsters, fairy-tale influences, secret portals, and tests. One classic which became a popular movie is called The Never Ending Story.

Heroic Fantasy Or Sword and Sorcery

These types of stories rely heavily on swordplay, weapons, mighty heroes, battles, magic, medieval societies, romance, action and conflict. This describes my latest novel, and others, such as Conan The Barbarian.

Medieval fantasy deal with  settings strongly inspired by medieval society, or set during the medieval period. These stories draw heavily on myths and legends from this period of history, and often deal with the elements of royalty, arranged marriages, patriarchal societies, battles, dragons, wizards, quests, knights, and legendary swords.

A fantasy which takes real history and blends elements such as magic, mythological beings, or influences, important battles in history, and sometimes even time travel. A classic example is the traditional A Connecticut Yankee In King Arthur’s Court.

A blend of the fantasy and horror/the Gothic, such as ghosts, the undead, haunted castles and monsters form the crust of the story or set its tone. It is meant to shock and scare the reader. A classic example is Brahm Stoker’s Dracula. Many of Steven King’s books fall into this category.

I hope you have enjoyed this brief fantasy sub genre post, which I hope has been useful to you. I will return next week with a new topic. Please check out my latest fantasy novel, which has a link to it on the home page. The link below is connected to a fantasy genre site.