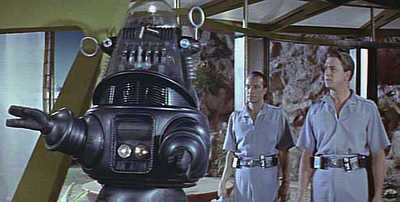 I remember watching Lost In Space when I was a kid, and watching  Will Robinson and his robot, and wondering what it would be like having a robot. Like most kids, I would have him do all my chores so I wouldn’t have to do them, and it would give me someone to play with when nobody else was around. But it only went as far as wondering, because I lacked the technical knowledge it took to actually build one.  Which raises the question, if you wanted to build one, how hard would it be?

Well, that all depends on what kind of robot you’re trying to build. If you’re looking to build something basic, it will take about 2 hours and less than $100 worth of supplies. If you’re building something more complex, such as a fully functioning android, costs could run in the millions. It all depends on what applications you the robot need it for,  what electronic systems are needed, and what your budget will be.

NASA’s Mars Rovers were designed so they would be more cost-effective than actually sending a probe or spaceship there, and they have more than proven their worth, as have many of NASA’s deep space satellites such as New Horizon, Voyager I and II, and the Mariner satellites. Ion propulsion and solar systems are much cheaper than liquid fuel rockets and work on gravity to increase the speed throughout their voyage. All of them are controlled remotely from Earth using simple computer systems which have been gradually updated but go back as far as the early sixties.

The rumba is a self-controlled vacuum cleaner which works on sensors that allow it to move by sensing and avoiding objects. It works as a very basic example of a robotic device and has a small microprocessor which allows it to follow simple commands. A very basic robot can be built on the same principle.

If you would like to build a simple robot, this link gives a step by step of the process, and what you’ll need to get started. Good luck!