ARE WE THERE YET?

The answer is an astounding Yes!  Yesterday, NASA received its first signals back from the New Horizons Space Probe, and the images and data were nothing less than spectacular.  Pluto’s images revealed icy mountain ranges as high as 11,000 feet, and that it may be geologically active.  It also discovered that there may be possible fracturing of Charon’s crust, likely from an internal geological process.

Data also revealed that the Methane ice is at different concentrations throughout the planet, and not consistent.  This may possibly be from the warming and cooling as it orbits near and away from the sun.

NASA has identified 3 potential Kuiper Belt targets after it exits our system, which will help astronomers understand how the planets and solar system was first formed.  Most of these objects are 15-34 miles wide.  As it leaves the solar system, the power systems will become too weak to transmit messages back to Earth, but the craft will still have power to travel for decades, provided it is not hit by other stellar objects.  There’s still a 1 in 10,000 chance debris could interfere with the path of the probe. 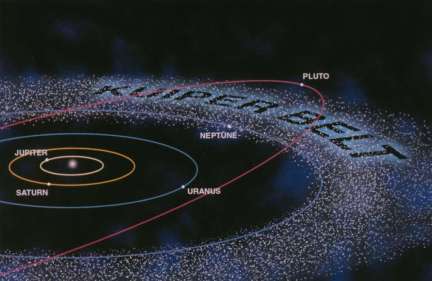 It will then pass the termination shock, the point where the sun’s solar winds collide with the interstellar medium, and Oort cloud, about 100,000 astronomical units, 1.87 light years, or 9.3 billion miles.  New Horizons will reach the edge of our solar system in about 37,000 years. 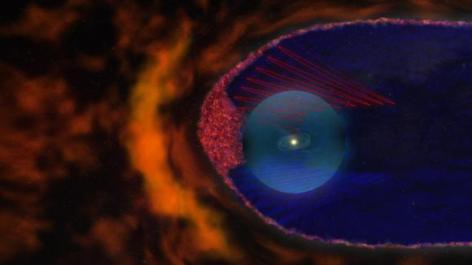 It is amazing to think of how far NASA has come in just 50 years of space exploration.  As we learn more about our own solar system, we also learn that things are pretty much the same all over.  Moons, planets, and suns, all revolve around the galaxy, regardless of their sizes and shapes.  The thing that makes ours unique is life, and any other system has to have an Earth-like world to sustain it.

Fortunately, there are billions of stars within even our own galaxy, and trillions of worlds.  Any one system could support another planet just like ours; it is now believed there are billions out there, we just have to find them.  In the next 50 years, man will either learn how to survive by expanding outward, or learn that we’ll be forever marooned on a doomed planet. 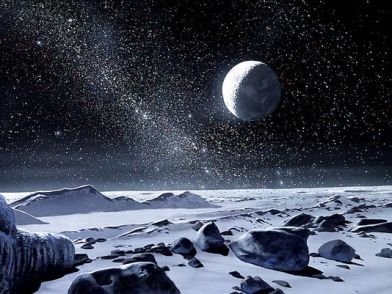 All this week, we’ll be looking at NASA’s next exploration destination-Pluto.  On July 14, 2015, at approximately 7:50 AM, the New Horizons spacecraft will arrive at Pluto to take detailed measurements and images.  It was launched on January 19, 2006, and has traveled for 9 years, and over 3 1/2 billion miles to reach the dwarf planet. 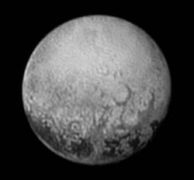 Pluto is the second largest of the dwarf planets, only surpassed by Eris, and the largest in the Kuiper belt.  It was discovered in 1930, by Clyde W.  Tombaugh and was originally named Planet X, and also considered a planet, up until recently.  When objects near or about the same size became evident, its classification was changed.

Although Pluto is not as exciting as some of its Gas Giant neighbors, it is still worthy of exploring, as it will help us gain an understanding of our outer solar system and how it works.  Tomorrow, we’ll look at what the New Horizons is all about, and what projects it will be conducting at the dwarf planet.  Until then, here are today’s links: 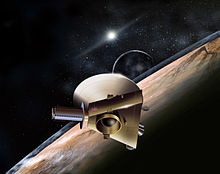 WHERE NO PROBE HAS GONE BEFORE

The New Horizons Interplanetary Space Probe will reach its target this morning about 7:50 AM.  What it finds there will be anyone’s guess, but it will be sure to amaze and astonish scientists and amateur astronomers alike.  It was built by the Applied Physics Laboratory and Southwest Research Institute, and launched as part of NASA’s New Frontier Program, a new approach to the Pluto 350 project, in which NASA was looking for a lightweight, cost effective spacecraft.

It was launched from Cape Canaveral using a Lockheed Martin Atlas V-551 rocket, and into an Earth and Solar escape trajectory, with a speed of about 16.26 kilometers per second, or 36,373 mph, the fastest launch speed of any human made projects.  Using Jupiter as a gravity assist, it boosted that speed by 9,000 mph.  After that, the probe went into hibernation mode to preserve its on board systems.  On Dec. 6th, 2014, it awoke, and continued on its way to Pluto and the outer solar system. 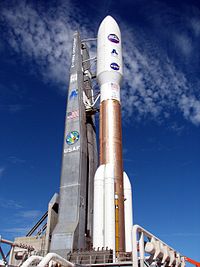 It’s powered by a radioisotope thermoelectric generator, and propelled with Hydrozine Monopropellent.  It’s missions is to map the surfaces of Charon and Pluto, exploring the atmospheric conditions and geological features.  The probe just confirmed yesterday that Eris, which I stated was larger than Pluto in my last blog entry, isn’t larger than Pluto after all, making some scientists argue that Pluto should be reclassified again as a planet- and the debate continues!

Radio transmission take approximately 12.5 hours to reach Earth, so don’t expect to see them on the morning news.  They probably won’t get here until about this evening.  The probe consists of seven components.  They are:

SDC: (Student Dust Counter) Built and operated by students; measures the space dust peppering New Horizons during its voyage across the solar system.

When the probe reaches its target, don’t expect to find any sign of life or little gray men.  The planet is cold and desolate, and unless there is presence of water or volcanic activity, won’t sustain life now or in the near future.  Just the same, it’s worth the trip just to see how are system varies and is similar in its objects.

After its mission, it will continue through the Kuiper belt and explore objects until it reaches the heliosphere, if it survives that long.  Like the Mariner and Voyager probes before it, it includes mementos from Earth, such as a collection of 434,738 names, pictures, a flag of the USA, and even an ounce of Clyde Tombough’s ashes.

It makes me think how far we’ve come just in my life time.  When I was little, I can still remember what a big deal the Apollo missions were.  Although the movie 2001 was an interesting concept, and years ahead of the time, I would have never guessed it was a real possibility some day.  Although the ISS Spacestation is no where near as advanced, it just shows you the ingenuity of mankind.

Tomorrow, we will have a special blog, where I will display some of the images NASA presents, and what they find when they get there.  Until then, here are today’s links: 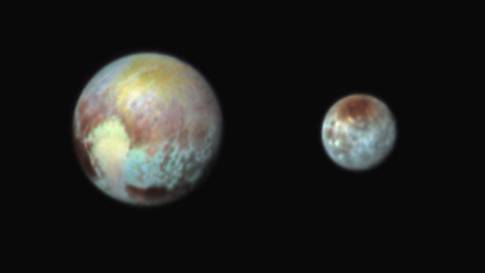 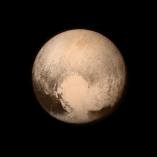 At 7:49 AM yesterday morning, New Horizons reached its cold, icy target, Pluto.  It passed by the planet just 7,750 miles from its surface, and became the first space mission to explore a world so from Earth.  It completes the reconnaissance mission of the solar system by NASA, which began 50 years ago under the direction of President Kennedy. 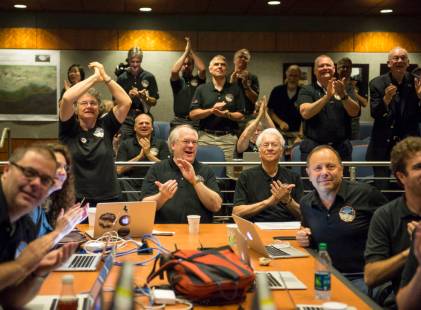 Its phone home signal came about 9:00 PM last night, but don’t expect an array of pictures yet.  Most of its technical data, such as atmospheric and geological data will be analyzed first, and pictures aren’t expected until some time tomorrow.  It will take about 16 months for the spacecraft to send all of its information from its nine and half year journey.

Its mission is not without dangers, however.  A collision with a particle as small as a grain of rice could incapacitate the spacecraft, which is why its flight pattern must be precise, within 60-80kms away from any objects. 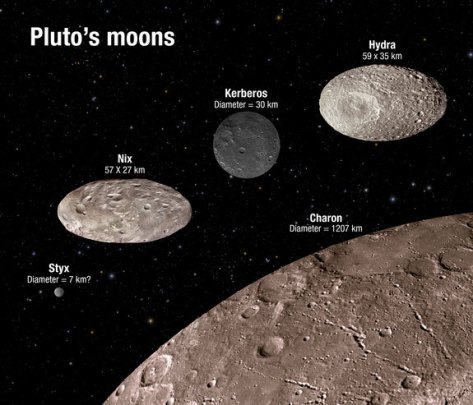 Sunlight on Pluto is much fainter on Pluto, and one side of it and its moon Charon are totally dark.  On its light side it is equivalent to our light around dusk or dawn.  Tonight at 10:00 PM on the Science Channel, there will be a special program about the mission, presenting the first images of Pluto closeup and personal.  Tomorrow, we’ll conclude the special series with New Horizons next mission, and its journey into interstellar space.  Until then, here are today’s links: