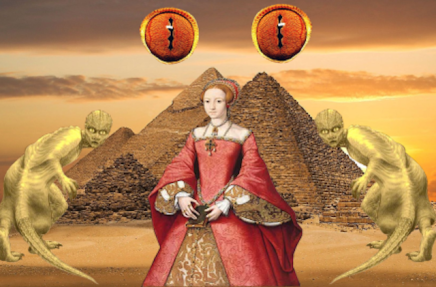 In ancient Sumerian mythology, the Annuaki were gods that came from the skies. It is specifically stated that these weren’t spiritual beings at all, but travelers from the heavens who were sent to change the course of humanity by genetically altering our appearance from Homo Erectus to the common man we are today. 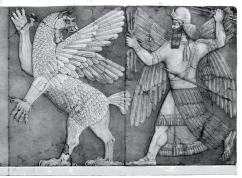 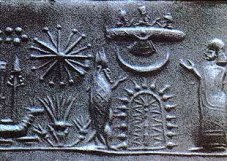 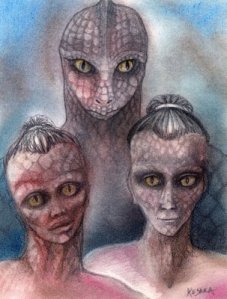 There is much speculation to the story of where they came from and what they really looked like. Some belief is that they were from the planet Niribu, which is said to be within our own solar system, but not visible to us because it is always at opposition, while others believe they are from the Orion or Paladien constellation. Some believe they look like the Nephilim in the bible, a humanoid appearance with wings, and others believe they are reptilian in nature. 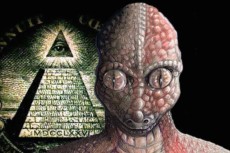 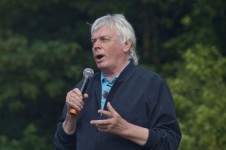 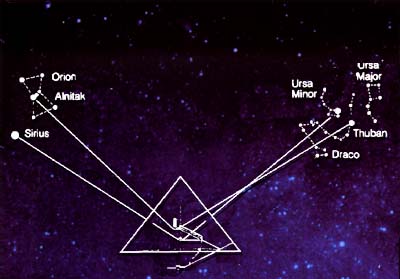 David Icke is an British author and conspiracy theorist believes there are a race of reptilians living among us underneath our civilizations.  He claims they have the ability to shapeshift, and most of our world leaders are Draconians, from the Alpha Draconis star system in the Orion constellation. 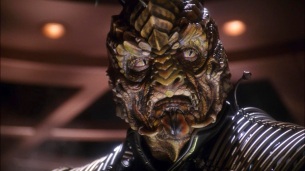 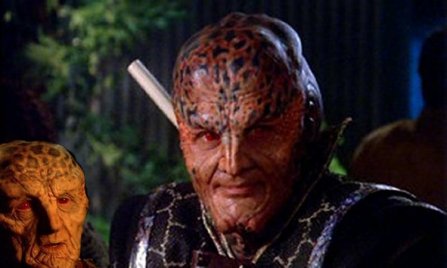 The bigger question here, as we have stated previously, is if this is even possible. We have seen that even if a reptilian civilization were to exist, it would have trouble communicating without some form of speech or language.

We’ve come a long way in genetic research, and have cross bred several species, such as the Beefalo, the liger, and so on, but most of these animals have a common genetic DNA thread.  When you are talking about a lizard-human hybrid which is able to change back and forth, you’re not only talking about a genetic impossibility, but a molecular problem as well. 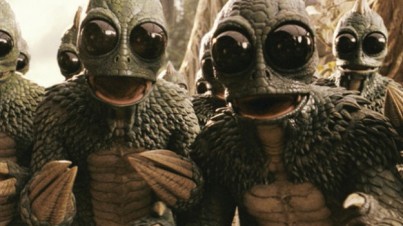 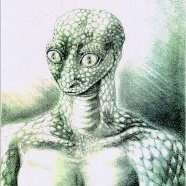 Whether or not Reptilians exist is a matter for ancient astronaut theorists, herpetologists, and others who study in such fields. We know that dinosaurs did, and so far, they are the leaders of survival on this planet. Next to insects, they were the most adaptable creatures on the planet. To believe that they may have evolved, and are still here among us, is what fuels the ideas of science fiction.

I’ll be back next week with a new topic. Until then, enjoy your weekend! 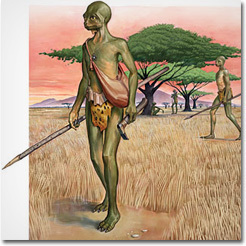 All this week, we’ll be discussing the human-reptilian connection, both in science fiction and in reality, and whether it’s possible for reptiles to evolve into intelligent, communicative beings such as those in UFOlogy, science fiction, or as in my Dimension Lapse series.

To first understand this belief there may be reptilian-human aliens living underneath us, we have to understand what reptiles are and what they are not. All reptiles are from the class Reptilia, comprising of today’s turtles, crocodiles, snakes, and lizards, and the study of them is called herpetology. They originated around 312 million years ago during the Carboniferous period. There are 400 species of turtles, terrapins, and tortoises, over 9,000 species of lizards and snakes, and 25 species of crocodilia. 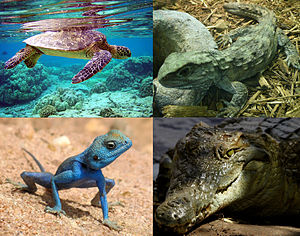 Reptiles’ circulation systems have a three chambered heart consisting of two atrium and one partitioned ventricle, and two aortas that lead to systemic circulation. Crocodiles have a four chambered heart, similar to birds. They are cold blooded, so have limited physiological means of keeping the body temperature constant and rely on outside heat to warm their system. the ideal body temperature for most reptiles range varies with species, but is typically around 75 to 95 degrees. The benefit of a low resting metabolism is the requirement of less fuel to maintain body functions. Some crocodiles can live up to six months without eating. 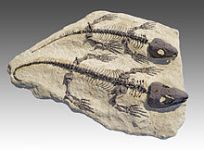 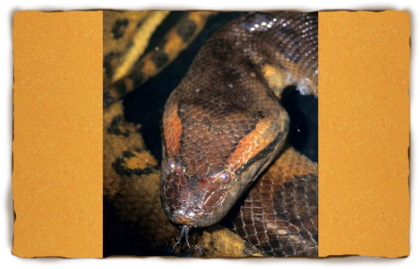 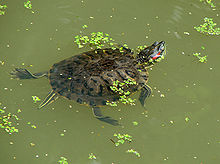 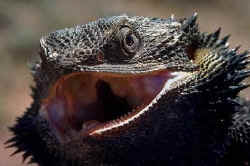 Reptiles are generally less intelligent than mammals or birds, though larger reptiles can show more advanced brain development.  Only a few type of reptiles, such as some snakes, turtles, or lizards, such as geckos, have the ability of vocalization.

Tomorrow, we’ll take a look at this branch of evolution, and what could’ve happened if evolution had gone differently. Until then, here are today’s links: 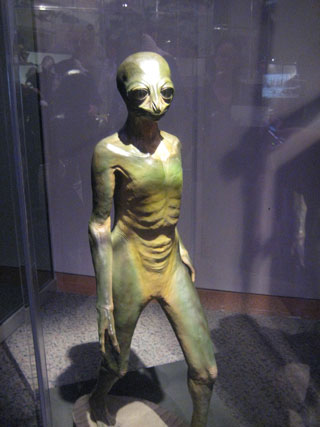 Could intelligent life evolve without having human characteristics? Well, that means you have to define what intelligent life is.  Any type of advanced life would have to developed a higher degree of social complexity.  Although reptiles can be social animals, most communication  is in the form of body movements, and not sounds.

Other factors affecting advanced life is that all need to be able to manipulate objects to make tools through the use of some form of hands, bipedibility for balance, travel,  and overcoming obstacles, and some form of vocalization method, sign language, or telepathic communication. 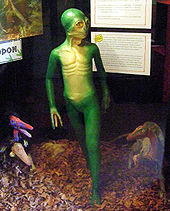 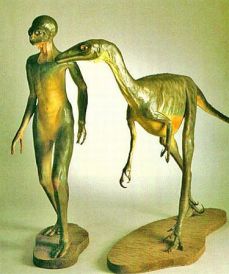 There is conjecture that there was once a prehuman culture consisting of bipedal reptilian creatures called the Troodtids. This belief has been displayed in science fiction from the Sleestaks of Land of The Lost to the Gorn in Star Trek. Due to the dinosaur’s timeline of 160 million years, and the fact that our species developed in considerably less time, it may not be unreasonable to believe reptilian bipedal and intelligence could have existed. 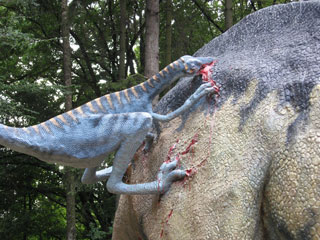 Humans needed brains to defend themselves. Without claws, natural armor, or poison sacs, they where victims of their prey.  Reptiles would be less apt to use intelligence as much as their own defenses. Forward facing vision, dexterous digits with opposable thumb, strong social skills, and a relatively large brain are all necessary traits for an intelligent society. 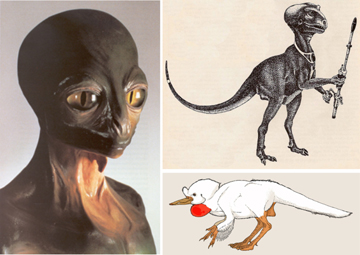 Scientists measure the intelligence of a species by a calculation known as the Excephalization Quotient, which is the ratio of brain mass to body size. Humans have an EQ between 5.0 and 8.0, dolphins have an EQ of 3.6, Capuchin monkeys  2.5, and troodons at a low 0.07. Troodons, however, did possess binocular vision, a large brain relative to their body mass, flexible, clawed hands with partially opposable thumbs, and long arms. 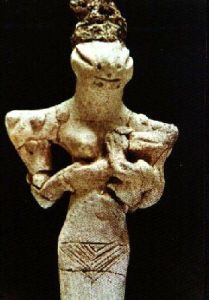 There is a wide belief in UFOlogy circles that the reptoids didn’t come from Earth at all, but from somewhere else. Called the Annuaki, from ancient Samarian texts, it is speculated they came from another world to help mankind. Tomorrow, we’ll investigate this ancient story at face value. Until then, here are today’s links: