NOT YOUR ORDINARY ANIMALS

As you know, I’ve started a blog contest, and we already have someone who has participated. I won’t divulge whether he is correct or not on the site, because I don’t want to spoil it for others who want to compete. I will reveal the right answer next Monday.

This week, we’ll be talking about freaks of nature, those animals which are unusual in appearance, use camouflage, use electricity or what is called bioluminesis to create light, or use special abilities that make them different from others. There are also those that are truly alien in every definition, but are nonetheless real, living organisms.

Our first group of animals are called Marsupials, and are members of the animal infraclass Marsupialia, and are any mammals which possess pouches. They include Kangaroos, wallabies, koalas, possums, wombats, numbats, bandicoots, bettongs, bilbies, quolls, and quokas. 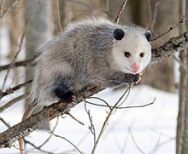 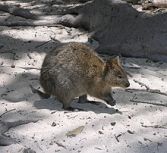 They are descendants of the last common ancestor of the extant Metatharians. The underdeveloped young reside within their mother’s pouch. 70% of these animals live in the Australian continent ( Australia, Tasmania, New Guinea, and nearby islands. The remaining 30% are in the Americas, mainly in South America. opossums are the only ones in North America.

Our next group of animals are albino animals. They have a lack of coloration, resulting in white hair and pink or red eyes in animals. Albinism reduces life expectancy, due to exposure to harmful UV rays, and a lack of camouflage from predators, making them rarer than their non afflicted brothers and sisters of their species.

White or pink elephants(Yes, I said pink elephants, mainly due to their pinkish complexion) are considered sacred in some parts of India, and are regarded as spiritual animals.

Camouflage is another way animals protect themselves.  There are several species of animals, such as the walking stick insect, the chameleon, the gecko, and the octopus who all use camouflage to survive. Some blend in with their surroundings, and others, like the chameleon and the octopus, can actually change the pigment in their skin to adapt to the world around them. 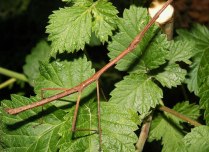 The human race itself has adapted this method in their militias, by wearing uniforms that blend in the surrounding area, and even the use of optical illusion technology by creating cloaking gear.

Tomorrow, we’ll look at some more freaks of nature, and believe me they will become freakier as we move on. Until then, here are today’s reference links:

Today we’ll be talking about animals that are irregular in size, whether it be by weight. length, width, or height.  Although there are many examples of this, we are exploring just a few today.

The largest mammal, or animal for that manner, is of course, the Blue Whale, whose numbers have dwindled from 10-20,000 in the 1800’s, down  5,000 today due to the hunting of the marine animals. They belong to the suborder of Baleen whales, and feed on krill, consuming 7,900 lbs a day, and have the largest heart out of any animal, on land or sea. They can measure about 100 feet long, making them the largest and longest of any animal.

Second in size to whales, are the Giant Squid, the animal of sea going legends. This is one of the sea monsters right out of a Jules Verne novel, and rightfully so. Measuring up to 42 feet long, they attack their prey with wicked precision. Legends have exaggerated the beast to a length of 60-100 ft, though none have ever been found to be that long. In 2002, a Japanese scientist actually caught a giant squid on film in its natural habitat, never achieved before then.

Another deep sea dweller that can grow to immense size is the ribbon worm. Although most specimens are under nine to ten feet, one specimen has been found to be 177 feet long, making it longer than even a blue whale. They are invertebrate parasites which can latch onto a host from either end of their body, making them particularly nasty to any prey that might pass their way. 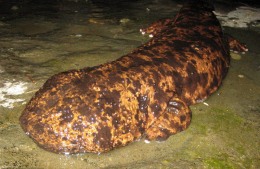 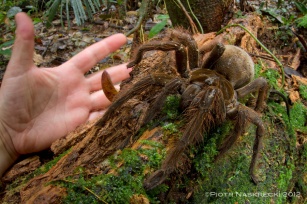 Other large animals in their species are the Giant Chinese Salamander; which reaches 6 feet long, the birdeater tarantula, at 12 inches wide, and the saltwater crocodile, which is one of the oldest living reptiles. It is found in North Australia, Southeast Asia, and India. The largest and widest arthropod is the Japanese spider crab, weighing up to 41 lbs, and measuring 12 feet across. 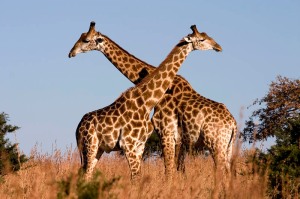 One of the tallest land animals is the Giraffe. Mostly found in Africa, they can measure up to 20 feet and weigh 3500 lbs. Half of their height is attributed to their 6-7 feet neck, which allows them to reach the higher vegetation in the trees. 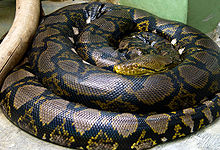 Two of the longest snakes in the world are the Green Anaconda, at 25 feet, and the reticulated Python at 32 feet. Rumors have stated in the Amazon that the length is actually much longer, but no scientific evidence has proven this yet. 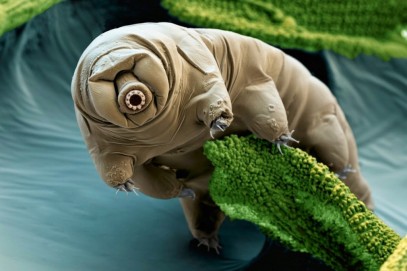 One of the smaller animals are called tardigrades or water bears. These microscopic organisms are water dwelling, eight legged, and segmented. They are notable for being the most durable of known animals, and survive under extreme conditions, being able to  withstand temperature variations of -458º to 300º F,  pressures 6 times greater than the deepest part of the ocean, ionizing radiation that would kill just about everything else, and even the vacuum of space.  They can go without food or water for 30 years. 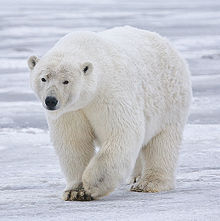 There are several other types of species that have their exceptions to the rule of size, but too many to list here, Grizzly and Polar Bears, elephants, and hippos just to name a few. On Friday, we’ll take a look at some more freaks of nature, those who use defense mechanisms to hunt and protect themselves, and as you will see they are about to get really weird. Until then, here are today’s links:

15 of the Largest Animals in the World

10 of the World’s Most Smallest Animals ever recorded

Many animals have defense mechanisms, such as claws, teeth, speed, agility, and camouflage, but what other means of defense do animals use? Today we’ll answer that question as we look at animals that use natural armor, venom or poisons, bioluminesis, or even smell.

Catfish have  flat bony heads with four sets of barbels, or stingers, and are bottom feeders. Although their barbs aren’t poisonous, they can leave a nasty infection on those who choose to get stung. Bees, wasps, and hornets also have stingers that carry a numbing venom.

Scorpions  live in  dry climates, and carry powerful venom in their stingers. Most species of insects and arachnids aren’t fatal in the US, with the exceptions of the Brown Recluse and the female Black Widow spider. Most species use venom to protect their own territory or young.

The Spitting Cobra, when threatened, will spit its venom directly into its victim’s eyes, blinding them. Muscles squeeze the venom glands to squirt it out through holes near the tips of their fangs at a distance up to 6 feet. 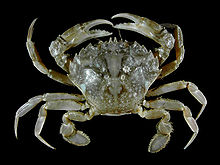 Turtles, Tortoises, Crustaceans, Mollusks, and other animals sometimes have shells to protect them. They can be temporary, such as a hermit crab, and sometimes they’re attached, such as in turtles. Shells protect animals like the Armadillo, whose unique, armored shell deters predators from attacking them.

Animals like the Porcupine have spines or quills. Contrary to belief, they do not shoot their quills. They shake their body to loosen them when attacked by a predator. Sea Urchins aren’t only protected by their spines, but by a toxic venom which causes infections in humans. The Spiny Anteater, Hedgehog and Spiny Dragon use spines as well, but have permanent quills which don’t fall off. Spiny Anteaters and Platypuses are the only mammals known to lay eggs. 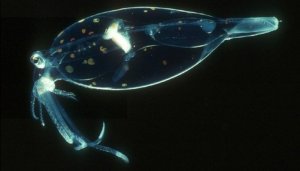 Bio luminescent animals, such as Fireflies, are those able to produce their own light. Fireflies are the most prominent on land, with a few other species of insects as well, such as Glowworms. They’re mostly aquatic creatures which lives in the great depths of the ocean. Such species as the Anglerfish, the Cockatoo Squid, and several species of jellyfish seem too alien for us to imagine, but they do exist. These are the sea monsters of legends, some growing too enormous size, although none reach the mass of a blue whale or giant squid. 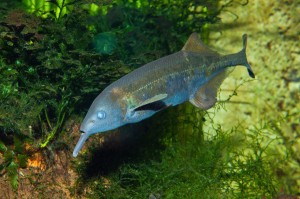 Some animals have the ability to detect electric fields, and a few can even produce their own electricity. Electric Fish live in the Amazon, and have the ability to detect the electric fields that differs from their own. Others who have this ability are the Platypus, Sharks, and Electric Rays. Despite its serpent-like appearance, the Electric Eel is really a type of fish. They grow over 8 feet long, weigh up to 50 lbs, and can generate an electrical voltage of over 600 volts. Although human attacks are rare, they almost always are fatal.

IV. Smell as a Weapon

Skunks defend themselves by secreting a horrible smelling spray, and it is has been said that as a food, they taste as bad as they smell. They can spray up to 10 feet away with exceptional accuracy, and cause temporary blindness in victims, and the smell lingers for days.

Monday, we’ll conclude our series with some animals that are truly weird in appearance, and are the closest things to alien life forms on our own planet. A fish that looks like the aliens on the movie Prometheus, a living rock, and other strange creatures.

Today, we’ll take a look at some creatures that are more than just freaks of nature, they look like they’re from out of this world. These are the sea monsters of the deep, big and small, and look like something out of a nightmare.

These creatures live at great depths of the ocean, the places where few men dare to go. The creatures above are Hatchet fish, which have large, tubular eyes which allow them to see above them, and are extremely sensitive to light. They have silvery, thin bodies which are shaped like a hatchet, thus the name. 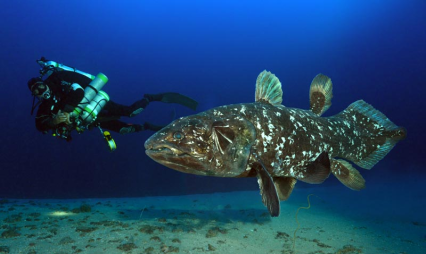 Ceolocanyths are large, prehistoric fish which can grow to five feet long. They were once thought to be extinct, until earlier this century when fishermen actually caught one of the animals. 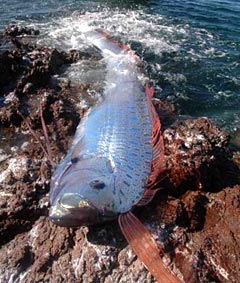 Oarfish have extremely long, ribbon-like body that can reach up to lengths of 50 feet and weigh up to 600 lbs.  They have scaleless bodies that are silver to blue in color. They are believed to be the one of the sources of legendary “sea serpent” stories.

Similar to shrimp and crab, Giant Isopods are the result of deep sea giganticism. When threatened, they can roll in a ball like their terrestrial cousin, the pill bug.  It has compound eyes, enabling the animal to have a large field of view. It is a bottom feeder and pierces, shreds, and disembowels its prey. It grows up to 16 inches in length.

There are many types of fish that fall under the classification of Dragonfish, but the most prominent are the scaleless dragonfish. Despite their menacing appearance, they are relatively small in size, only a few inches. They are named for their dragon-like appearance.

The Sarcastic Fringehead looks like he came right out of an alien movie. It’s a small, but ferocious fish with a big mouth, and a hell of an attitude. They grow up to 12 inches long, and are mostly scaleless with pectoral fins and reduced pelvic fins, and are found in the Pacific Ocean, off the coast of Southern California.

The Living Rock is truly a strange animal. It is a marine filter feeder which has no brain or sensory organs. They are born male, but become hermaphroditic(both sexes) as they reach maturity. They also have a high concentration of the metal Vanadium, millions of time higher than the sea water it lives in. They are toxic to most animals due to their high metal content. 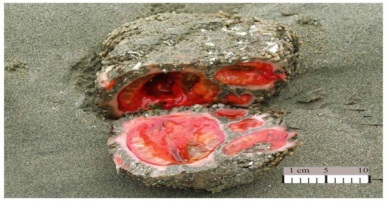 Well, that concludes our Freaks of Nature series. I’ll be back starting next week to post some re-posts of older series. Until then, enjoy the rest of the week!